Located at the junction of the Pomona and Orange freeways, Diamond Bar is primarily residential with shopping centers interspersed throughout the city. It is surrounded by the communities of Brea, Walnut, Chino Hills, Rowland Heights, Pomona, City of Industry, and South Diamond Bar.[10]

Northern Diamond Bar is a part of the Pomona Unified School District.[11] Southern Diamond Bar is a part of the Walnut Valley Unified School District.[12] The city is also served by International Polytechnic High School.[13] It also has the first hydrogen fueling station to be built in Southern California,[14] near the South Coast Air Quality Management District (SCAQMD) building. Moreover, according to the 2010 United States Census, Diamond Bar has a median household income at one of the top earning percentiles in the country at $88,422, with 5.9% of the population living below the federal poverty line.[15] 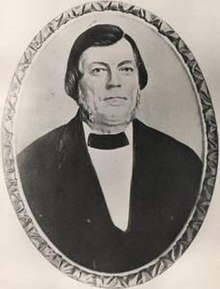 In 1840, José de la Luz Linares received the 4,340-acre (1,760 ha) Mexican land grant Rancho Los Nogales (Ranch of the Walnut Trees) from Governor Juan Alvarado. The land grant included Brea Canyon and the eastern Walnut Valley. Linares died in 1847, and his widow sold a part of the ranch to Ricardo Vejar for $100 in merchandise, 100 calves, and the assumption of her late husband's debts. Vejar also owned the Rancho San Jose to the east, and acquired the rest of Rancho Nogales over the next 10 years.

However, Vejar's luck did not last that long. As time wore on – and particularly as the United States government took over California – Rancho Los Nogales was divided and sold into multiple land ranches, the largest of which was the Diamond Bar Ranch. At the time, it was one of the largest working cattle ranches in the western U.S. The entire Diamond Bar Ranch was acquired by the Transamerica Corporation in the 1950s for the purpose of developing one of the nation's first master-planned communities. Transamerica gave the Diamond Bar name to its new community and incorporated the ranch's familiar diamond and bar cattle brand into various logos (many of which are still in use today).

The first houses in this development were built in 1959, adjacent to the future location of the Pomona Freeway, which was built through the area ten years later.[16] The town's development and population grew extremely quickly after that.

Transamerica oversaw all development of the community through the 1960s. The Transamerica Corporation divested itself of all its real estate ventures in the 1970s and 1980s. As a result, the Diamond Bar project was sold to multiple developers and much of its initial master plan was not implemented during the latter half of its development in the 1980s.

Diamond Bar's main road, Diamond Bar Boulevard, runs along the bottom of the valley that eventually becomes Brea Canyon, and housing developments overlook the boulevard on both sides from surrounding hills. The city lies roughly between the ends of the Chino Fault and the Whittier Fault, both part of the Elsinore Fault Zone.

Positioned in the southeastern corner of the San Gabriel Valley in eastern Los Angeles County, Diamond Bar is approximately 27 miles (43 km) east of Downtown Los Angeles. Neighboring communities include Walnut, Rowland Heights, and Pomona. Diamond Bar is also adjacent to the Inland Empire region, with Chino Hills directly to the east, and to the south of Diamond Bar lie the cities of Brea and La Habra in Orange County.

According to the United States Census Bureau, the city has a total area of 14.9 square miles (39 km2), with no significant bodies of water.

Both the CA-60 Freeway and the CA-57 Freeway run through Diamond Bar. the I-10 Freeway is just north of the city and CA-71 is just east of the city. Major thoroughfares include Grand Avenue, Diamond Bar Boulevard, Pathfinder Road, Golden Springs Drive, and Brea Canyon Road.

The city is in the First District of the Los Angeles County Board of Supervisors, represented by Hilda Solis.[24]

In the United States House of Representatives, Diamond Bar is in California's 39th congressional district, represented by Republican Young Kim.[26]

The city is primarily divided into two Blue-ribbon districts. Diamond Bar students north of the city power lines are served by four elementary schools, one middle school, and one high school provided by the Pomona Unified School District.[27] Students south of the power lines running through the city are part of the Walnut Valley Unified School District and are served by nine elementary schools, three middle schools, and three high schools.[27]

According to the city's 2012 Comprehensive Annual Financial Report,[28] the top employers in the city are: