Americans of Guatemalan birth or descent

History of Guatemalans in the United States

Main article: History of Guatemalan migrants in the United States

Guatemalans have migrated to the US since the 1930s and 1940s. Along with other Central Americans they first arrived by way of Mexico and settled in urban areas like Los Angeles, Chicago, New Orleans, Houston, New York City, Oakland, San Francisco, Maryland, Washington, D.C. and Northern Virginia.

During the 1950s, there were 45,000 documented immigrants from Central America. In the 1960s, this number more than doubled to 100,000. In the decade after, it increased to 134,000. 26,000 of these immigrants were Guatemalan.[5] Following the 1950s, Guatemala had been full of unrest with military wars, civil wars, and a thirty six year long guerrilla war. These wars have produced over 200,000 deaths as well as the displacement of nearly one million refugees. In 1996, the Guatemalan government signed a peace accord. Thus, ending the war; however, the war did not end for many Guatemalans who had to live alongside those who inflicted violence throughout their country.

During the Cold War, many Guatemalans immigrated to the United States due to the lack of stability from US intervention. Consequently, many Guatemalans received Temporary Protected Status during that time period. These same Guatemalans lost that status following the war's completion.[4]

Migration from Central America had always been below 50,000. However, in 1970, the census had counted 113,913 Central American immigrants. 17,536 of those immigrants were of Guatemalan descent. This was a dramatic increase from the 5,381 count from the decade prior.[6] The 1970s was when the United States experienced a high increase of Guatemalans. According to the 1970 census, there were 17,356 Guatemalans. This is a stark increase considering that there were only 5,381 Guatemalans when the 1960 census was taken.[6] Immigration to the United States from Guatemala truly increased in 1977 with a total of 3,599. This was an 82% increase since the year prior.[6] At large, this can be accounted for the lack of stability within Guatemala's agricultural economy. For many Guatemalans, the agricultural economy was the job market for those impoverished. This market was not enough to sustain Guatemalans at the time. The unemployment rate was 25% and the poverty rate was at 84%[6] In the 1970s, Guatemala experienced a culmination of factors that decreased their ability to uplift themselves from poverty. The infant mortality rate of from 1970–1973 in Guatemala was around 82%.[6] These circumstances included an increasing unemployment rate as well as decreasing wages and opportunities in the rural sector. In 1976, they experienced an earthquake that left many homeless. These factors combined with the general violence caused many Guatemalans to look toward internal, intraregional, and international migration throughout the 1970s and 1980s. When fleeing conflict, many Guatemalans sought refuge in Mexico. For many, Mexico was just another check point within their journeys. In 1982, Mexico experienced economic crisis which had made it difficult for many Guatemalans to sustain themselves. This helps explain the increase of Guatemalans entering the United States throughout the 1980s.[5] Many indigenous Guatemalan workers, in Mexico, were recruited to work with companies within the United States. Many of these workers were already workers at Central American assembly plants. Therefore, the skills were transferable to plants in the US. As a result, many moved to Los Angeles during the 1970s.[5] Unemployment increased from 25% in the 1970s to over 40% in the 1980s. Rural poverty was at 84% and urban poverty was at 47%. This was difficult for many impoverished Guatemalans because many were reliant on the agricultural economy as their job market.[7]

During the 1980s were many revolutions led by the Unidad Revolucionaria Nacional Guatemalteca (URNG), the Guatemalan government responded with military action- which largely included genocide of 150,000 civilians during 1981 to 1983. Ultimately, this formed a ripple effect which called for displacement and migration to both Mexico and the United States for many Guatemalans and Mayas.[7] Mass migration from Guatemala occurred during the 1980s; as a result, changing the relationship with the United States. This time period Guatemala was experiencing high levels of poverty along with social and political unrest.[7] Guatemalans sought refuge during the 1980s due to civil war and economic devastation. However, at the time, they were not granted asylum. Despite, this female asylees have been able to receive asylum since then. Femicide has become more prevalent in Guatemala. In this manner, many United States courts have been granting asylum due to the increase in femicide in Guatemala.

The Immigration Reform and Control Act (IRCA) was passed in the United States in the year of 1986. Following IRCA, most documented Guatemalan Americans were able to receive legal admission through the petitioning of family members already in the United States. Immigration Reform and Control Act (IRCA) disadvantaged incoming Guatemalan immigrants because it allowed for documentation to those who entered prior to 1982; however, Guatemalan immigration largely took part following 1982.

In 1997, immigration was further limited for Guatemalans through the Nicaraguan and Central American Relief Act. This act allowed Central American asylees to be documented in the United States but called for deportation for those undocumented. At the time, many of those people were Guatemalan Americans.[4] Deportation of undocumented immigrants have consequences of socioeconomic mobility within Guatemala. Households in Guatemala that receive money from Guatemalans in the United States are able to pull themselves into a better economic standing. Whereas, households who lose that money receive downward mobility.[7]

Literature in the U.S. 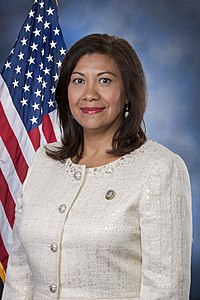 Guatemalan Americans are a very culturally diverse group of people, included about 23 distinct ethnic groups, whose languages are different, although maintain unique cultural traditions. The groups are, in majority, Maya. The Ladino are a different group that speak Spanish language and have the Spanish culture. So, Guatemalan Americans are a multicultural community. This reason is why the assimilation processes, traditional beliefs, and customs vary differently between groups. Most Ladino Guatemalans living in the United States come from Jutiapa, Guatemala City, and Chiquimula. The majority of Ladinos from Jutiapa and Chiquimula live in the northeast, in states such as New Jersey and Massachusetts.

Immigrant Maya American communities have preserved their ethnic customs. The Guatemalans of European descent (most of Spanish ancestries) often mixed with other US Hispanic groups. However, it is unknown the transmission of cultural traditions Guatemalans of immigrants to their descendants by lack of studies, not knowing anything about their descendants.

Due largely to influences such as Spanish colonization and U.S. business involvement in Central America, the indigenous religions of Guatemala have mixed to create a hybrid spirituality and emergent "spiritual forms, practices, and communities as these intersect with other aspects of Hispanic/a identity, such as ethnicity, race, gender and sexuality."[12]

According to the national census in 2006, Protestants constituted about 30% of the population in Guatemala, the majority are from rural indigenous communities. Guatemalan-Americans are a contributor to the rise of Hispanic Protestants in the USA during the 2000s.

Compared to the U.S. Hispanic population and U.S. population in total, Guatemalans are found to have significantly lower levels of educational attainment across the population. They are less likely than U.S. born citizens to earn a bachelor's degree, with only 9% of Guatemalans age 25 or older having received one in 2013.[13] Despite this, studies demonstrate that Guatemalan Americans have one of the highest levels of participation within the work force. 31% of those Guatemalan Americans work within the service sector.[14]

Half of the Guatemalan population is situated in two parts of the country, the Northeast and Southern California. A combined population of 267,335 resides in Los Angeles, Orange, Riverside, San Bernardino, and San Diego counties. There is also a Guatemalan community in Las Vegas.[15]

The Northeast megalopolis, extending from Northern Virginia to north of Boston, is home to a population of 257,729 Guatemalans. Cities such as Langley Park, Trenton, Stamford, Providence and Lynn have significant concentrations of Guatemalans along the corridor.

The largest population of Guatemalans are situated in the following areas (Source: Census 2010):

US communities with largest population of people of Guatemalan ancestry

The top 25 US communities with the highest populations of Guatemalans (Source: Census 2010)

US communities with high percentages of people of Guatemalan ancestry

The top 25 US communities with the highest percentages of Guatemalans as a percentage: