Los Angeles Trade–Technical College (L.A. Trade–Tech, LATTC) is a public community college in Los Angeles, California. It is part of the Los Angeles Community College District and is accredited by the Accrediting Commission for Community and Junior Colleges (ACCJC), American Culinary Federation, and League of Nursing, among others.[2] The 25-acre campus is located just south of the Historic Core of Los Angeles.[3] 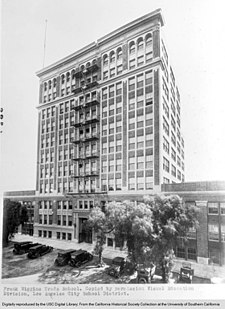 Founded as the Frank Wiggins Trade School in 1925, the college is the oldest of the nine campuses of the Los Angeles Community College District. After World War II, the school moved to the former campus of John H. Francis Polytechnical High School, which had relocated to Sun Valley. It then expanded the campus and combined with Metropolitan College to expand its programs.

In 1954, the school was renamed Los Angeles Trade–Technical Junior College. In 1969, the college became a part of the Los Angeles Community College District.[4]

L.A. Trade Tech's fashion design program is the oldest in Los Angeles,[5] having started in 1925.[6] During World War Two, the college offered around-the-clock courses so women could train in vocational areas to help the war effort. The college also boasts the only sign graphics program in the country, based at a community college. L.A Trade Tech offers more career education programs on one campus, than any other community college west of the Mississippi.

The college drew national attention in 2008 when then-presidential candidate Barack Obama held a campaign town hall on the campus in front of more than 2,000 attendees. During his address, he promised to come back to the campus, and he made good on that promise when he returned to L.A. Trade Tech in July 2014 as the sitting President of the United States, to deliver a speech about his career education policy.

The college was featured in Downtown with Huell Howser.[7]

The campus is currently in the midst of a multimillion-dollar modernization and revitalization project. Two new buildings have been constructed, a student services building and a technology building that will include new lecture halls, classrooms, computer labs and faculty offices. 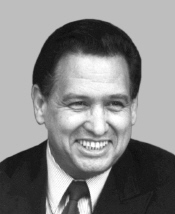