Home > Roald > Bio
This article is about the city. For other uses, see Waukesha (disambiguation).
City and county seat in Wisconsin, United States

Waukesha (/ˈwɔːkɪʃɔː/ WAW-ki-shaw) is the county seat of Waukesha County, Wisconsin, United States. It is part of the Milwaukee metropolitan area. Its population was 71,158 at the 2020 census. The city is adjacent to the Village of Waukesha.

The area that Waukesha now encompasses was first settled by European-Americans in 1834, with Morris D. Cutler as its first settler.[4] When the first settlers arrived, there was nothing but dense virgin forest and wild prairie. The settlers laid out farms, constructed roads, erected government buildings and established post routes.[5]

The original founders of Waukesha consisted entirely of settlers from New England, particularly Connecticut, rural Massachusetts, Vermont, New Hampshire and Maine, as well some from upstate New York who were born to parents who had migrated to that region from New England shortly after the American Revolution. These people were "Yankee" settlers. In other words, they were descended from the English Puritans who settled New England in the 1600s. They were part of a wave of New England farmers who headed west into what was then the wilds of the Northwest Territory during the early 1800s. Most of them arrived as a result of the completion of the Erie Canal as well as the end of the Black Hawk War. When they arrived in what is now Waukesha County, the New Englanders laid out farms, constructed roads, erected government buildings and established post routes. They brought with them many of their Yankee New England values, such as a passion for education, establishing many schools as well as staunch support for abolitionism. They were mostly members of the Congregationalist Church though some were Episcopalian. Due to the second Great Awakening some of them had converted to Methodism and some had become Baptists before moving to what is now Waukesha County.[6] Waukesha, like much of Wisconsin, would be culturally very continuous with early New England culture for most of its early history.[7][8][9]

By 1846, the area was incorporated as the Town of Prairie Village (soon changed to Prairieville).[10] On February 8, 1847, the town changed its name to "Waukesha,".[11] On January 10, 1852, the settled area once known as Prairieville was separated from the town of Waukesha, and incorporated as a village and in 1896, incorporated as a city.[10] The first appointed mayor of the newly incorporated city of Waukesha was John Brehm,[12] who served from January to April 1896.[13] Welsh immigrants settling in Waukesha as early as the 1840s, and large numbers arrived in the late 1800s and early 1900s, when they were one of the largest ethnic groups in Waukesha.[14][15][16] Around the same time there was also relatively large amounts of Serbian immigrants settling in Waukesha, many more of which arrived after Yugoslav Wars.[17] In the late 1800s a large number of Belgian families arrived in Waukesha as well.[18]

"Waukesha" is thought to be an Anglicization of the Ojibwe word Waagoshag, the plural of fox ("waagosh"), or the Potawatomi name Wau-tsha. Wau-tsha (sometimes written as Wauk-tsha[19] or Wauke-tsha) was the leader of the local tribe at the time of the first European settlement of the area. This is confirmed by accounts of Increase A. Lapham, an early settler and historian of the region.[20] According to Lapham, the Algonquian word for "fox" was pishtaka.[21] Cutler also told visitors about Wau-tsha, who was described as "tall and athletic, proud in his bearing, dignified and friendly."[19] 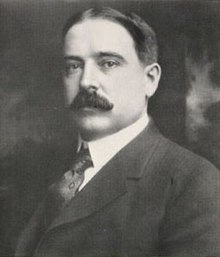 Matthew Laflin, an early pioneer of Chicago, Illinois, provided the capital and enterprise that laid the foundation for Waukesha as a famous Wisconsin watering resort and was the proprietor of the grand resort, the Fountain Spring House. Waukesha was once known for its extremely clean and good-tasting spring water and was called a "spa town." This earned the city the nicknames "Spring City" and "Saratoga of the West."[22][23]

According to author Kristine Adams Wendt, in 1868, Colonel Richard Dunbar, a sufferer of diabetes, chanced upon the medicinal properties of what he later named the Bethesda Spring while viewing a parcel of land recently purchased by his sister. Testimonials found in a Dunbar brochure of 1873 proclaimed the miraculous benefits.[24]

Wendt reports that by 1872, "area newspapers carried accounts of a community ill equipped to handle its new popularity among the suffering multitudes. The semi-weekly Wisconsin (Milwaukee) of July 31, 1872, reported 'that fully 500 visitors are quartered in hotels and scattered in private families here, seeking benefit from the marvelous waters…'"

The "healing waters" were so valued that a controversial attempt was made to build a pipeline between the city and Chicago so that they could be enjoyed by visitors to the 1893 Columbian Exposition.[25] According to Time magazine, "[t]he scheme had been conceived by one Charles Welsh who had been given the springs by his uncle, but after several miles of pipe were laid, it was discovered that the cost was too great."[26]

Richard W. Sears, founder of Sears and Roebuck, may have been attracted to Waukesha by the waters. In failing health, Sears retired from business in 1908 and, according to The New York Times, "spent his time on his great farm near Waukesha." In 1914, Sears died in Waukesha of Bright's disease, leaving an estate estimated at $20 million.[27]

Over the years, the natural springs have been spoiled by pollution and a number have gone dry. Water drawn from an aquifer reached radium levels exceeding federal standards.[28]

In 2013, Waukesha applied for permission to withdraw water from Lake Michigan.[29] Because Waukesha is outside the lake's basin, the 2008 Great Lakes Compact makes the city ineligible to withdraw water from the lake without approval from the governors of Illinois, Indiana, Michigan, Minnesota, New York, Ohio, Pennsylvania, and Wisconsin.[30] In June, 2016, the governors approved Waukesha's application.[31] 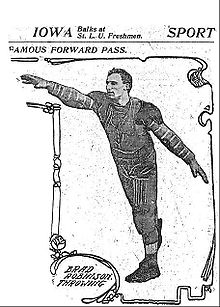 One of the most important "firsts" in American sports history occurred in Waukesha on September 5, 1906, when Carroll College (now Carroll University) hosted the football team from St. Louis University. SLU halfback Bradbury Robinson threw the first legal forward pass in football history in that game. The Carroll players and local fans were stunned. The visitors went on to win 22–0.[32]

During the Cold War, Waukesha County was the site of three Nike Missile batteries, located in the city of Waukesha and nearby Muskego and Lannon. In the city of Waukesha, the U.S. Army and later the Wisconsin National Guard operated the command and control center from 1956 to 1970 at what is now Hillcrest Park, on Davidson Road. The missile pits existed near the corner of Cleveland Avenue and Hwy 164—first holding Ajax missiles with conventional warheads and later the nuclear equipped Hercules warhead. The Hercules provided a similar nuclear capability as that of the atomic bomb dropped on Nagasaki in World War II. The Midwest Chapter of the Cold War Museum has promoted the preservation of the Hillcrest Park site as a local Cold War museum, honoring Cold War veterans and commemorating America's longest and costliest conflict.[33]

On May 31, 2014, two 12-year-old Waukesha girls lured their friend into the woods and stabbed her 19 times. They did this to appease a fictional online character known as Slender Man.[34] The victim survived the attack after being found by a cyclist.[35] The two perpetrators were found not guilty by mental disease or defect, and were sentenced to long periods in mental health institutions.[36]

On November 21, 2021, the driver of a red SUV by the name of Darrell E. Brooks Jr drove through the Waukesha Christmas Parade during its procession through downtown Waukesha late that afternoon, killing six people and injuring 62 others. During the trial he was removed from the courtroom several times and was later sentenced to six consecutive life sentences without the possibility of parole, plus an additional 763 years and 3 months to be served consecutively.[37][38][39]

The 2020 census population of the city included 351 people incarcerated in adult correctional facilities and 793 people in student housing.[44]

There were 25,663 households, out of which 32.5% of households had children under age 18 living with them, 50.2% were married couples living together, 9.8% had a female householder with no husband present, and 36.5% were non-families. Twenty-nine percent of all households were made up of individuals, and 9.2% had someone living alone who was 65 years of age or older. The average household size was 2.43 people and the average family size was 3.04 people.

According to Waukesha's 2017 Comprehensive Annual Financial Report,[50] the top employers in the city are:

Located on the city's northwest side, the University of Wisconsin–Waukesha, part of the UW System, offers two-year associate degrees. Students have the option of transferring to four-year institutions to complete their undergraduate education. Waukesha County Technical College has a campus located in the downtown area. Waukesha is home to Carroll University, a private Presbyterian university. Opened in 1846, it is the oldest college in the state.[53]

One of the two New Tribes Bible Institute campuses within the United States is located on a large hill in central Waukesha. Operated by New Tribes Mission, the school doubles as the first part of a four-year missionary training program, which includes field training in the U.S.[54]

Waukesha is the sister city of: