Athletes from 79 NOCs won at least one medal.[1] The United States won the most gold medals (44), as well as the most medals overall (101) for the first time since 1984, and for the first time since 1968 in a non-boycotted Summer Olympics.[1][3][4] Donovan Bailey of Canada set a world record in the men's 100m race (9.84 seconds). Michael Johnson of the United States set a world record in the 200m race (19.32 seconds)[1] and Naim Suleymanoglu of Turkey set the record of an unprecedented three consecutive Olympic titles in weightlifting.[5]

Armenia, Azerbaijan, Belarus, the Czech Republic, Georgia, Kazakhstan, Kyrgyzstan, Moldova, Slovakia, Tajikistan, Turkmenistan, Ukraine and Uzbekistan were represented for the first time at a Summer Games. Czech Republic and Slovakia had competed previously as Czechoslovakia, and the other nations were formerly part of the Soviet Union. Of these, Kyrgyzstan, Tajikistan, and Turkmenistan did not receive any medals.[3]

This Olympics also marked Hong Kong's final appearance as a British colony, before its handover to China, during which it also won its first ever medal, a gold in sailing; this was the only medal Hong Kong ever won while under British rule. 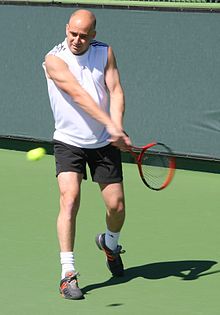 The medal table is based on information provided by the International Olympic Committee (IOC)[1] and is consistent with IOC convention in its published medal tables. By default, the table is ordered by the number of gold medals won by a NOC. The number of silver medals is taken into consideration next and then the number of bronze medals. If nations are still tied, equal ranking is given and they are listed alphabetically by IOC country code. Medals won in team competitions are counted only once, no matter how many athletes won medals as part of the team.[6]