Jurupa Valley (Serrano: Hurumpa) is a city in the northwest corner of Riverside County, California, United States. It was the location of one of the earliest non-native settlements in the county, Rancho Jurupa. The Rancho was initially an outpost of the Mission San Gabriel Arcángel, then a Mexican land grant in 1838. The name is derived from a Native American village that existed in the area prior to the arrival of Europeans.

The city of Jurupa Valley covers approximately 43.5 square miles (113 km2), and had a population of 105,053 as of the 2020 census. It is bordered by the cities of Eastvale, Norco, and Riverside in Riverside County and the cities of Ontario, Fontana, Rialto, and Colton in neighboring San Bernardino County. 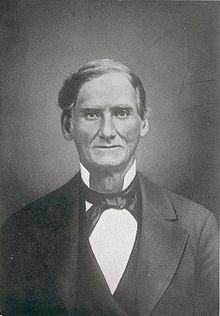 Although there was no geographic feature or town officially named Jurupa Valley prior to the establishment of the city in 2011, the term Jurupa Valley is known to have been used as early as 1887 when referring to lands along the northeast side of the Santa Ana River opposite the city of Riverside.[5] The name Jurupa was derived from the 1838 Mexican land grant Rancho Jurupa, which the Jurupa Valley area had been part of. The Rancho in turn derived its name from a previous Jurupa rancho operated by the Mission San Gabriel Arcángel, until the mission was disbanded through the Mexican secularization act of 1833.[6] The first rancho was named for the Native American village Jurupa that existed in the area prior to the arrival of European colonizers.[7] Both Serrano and Gabrieleño Indians lived in the area. The Gabrieleño referred to the village as Jurungna or Hurungna.[8]

The exact meaning of the word Jurupa is disputed. The 1890 book, An Illustrated History of Southern California, states that the word Jurupa was a greeting, meaning ″peace and friendship″, used by the Native Americans when the first Catholic priest visited the area.[9] In 1902 Father Juan Caballeria, in his History of San Bernardino Valley; From the Padres to the Pioneer, states that the word was derived from Jurumpa, meaning watering place.[6] Later linguistic studies concluded that the name likely refers to Juru, the Artemisia californica (California sagebrush), common in the area.[10]

On June 2, 1992, under measures E, F, and G, the first effort to form a city was voted down by the electorate. Measure E, whether or not to incorporate Jurupa and Mira Loma, lost 76% to 24%. Measure F, whether to vote city council members by district or at large, if incorporation passed, was 69% district, and 31% at large. Measure G, the selection of a city name, had the following results; Jurupa 40%, Rancho Jurupa 23%, West Riverside 21%, and Camino Real 16%.[11] At the time Jurupa was described as including the neighborhoods of Rubidoux, Pedley and Glen Avon.[12]

On March 8, 2011, a second proposal for incorporation was put before the voters. This time the measure passed with 54% voting yes, 46% voting no, and with an effective date of July 1, 2011. At the time the new city was estimated to have a population of 88,000, and included the communities of Mira Loma, Glen Avon, Sky Country, Indian Hills, Pedley, Rubidoux, Belltown, Jurupa, Jurupa Hills, and Sunnyslope.[13]

The city immediately faced the possibility of disincorporation when the State of California passed Senate Bill 89, which shifted millions of dollars of vehicle license fees away from cities.[14] The new city struggled for several years, and in 2014 notified the Riverside County Local Agency Formation Commission that it might be necessary to disincorporate. In September 2015, Senate Bill 25 was passed by the California Assembly and Senate to restore funding to cities, but was vetoed by then Governor Jerry Brown.[15] Later in the month Senate Bill 107 was signed by the governor. It remediated many of the outstanding debts of Jurupa Valley, as well as three other recently incorporated cities in Riverside County.[16] 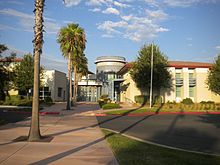 Jurupa Valley as seen from the Jurupa Hills, 2015

The major freeways in Jurupa Valley are Interstate 15, which serves as the city's western border, and California State Route 60, which runs along the northern side of the city. 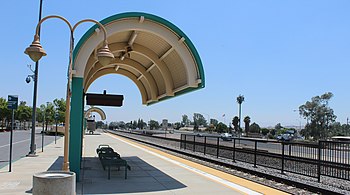