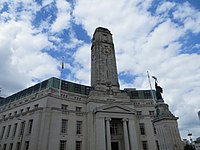 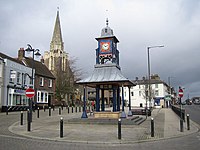 Map of the Luton/Dunstable Urban Area with subdivisions

The Luton/Dunstable Urban Area, according to the Office for National Statistics, is the conurbation (continuous built up area) including the settlements of Luton, Dunstable and Houghton Regis, in Bedfordshire, East of England.

Despite straddling district boundaries the conurbation shares many facilities including an integrated bus service and the large Luton and Dunstable University Hospital. The conurbation is located in the southern part of the ceremonial county of Bedfordshire, England, and includes the unitary authority of Luton, and part of Central Bedfordshire. The current population (2011 census) is 258,018,[1] this is an increase of 9.2% from the 2001 population of 236,318.

The area is expected to grow due to development within and physical expansion of the three towns and large re-development of Luton, including redevelopment of the former Vauxhall Motors factory complex.