At the 2010 Winter Olympics, which was hosted in Vancouver, British Columbia, Canada, the country won more gold medals than any other competing nation for the first time. 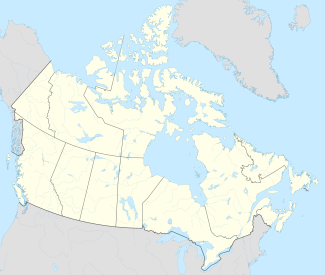 Stakeholders from Vancouver and a group from Québec City have both expressed interest in their respective cities hosting the 2030 Winter Olympics.[1][2]

In 2012, Equestrian show jumper Ian Millar competed at his tenth Summer Olympics, tying the record for most Olympic games participated in set by Austrian sailor Hubert Raudaschl between 1964 and 1996. He has been named to eleven straight Olympic teams, but did not compete at the 1980 Summer Olympics due to the Canadian boycott.[3] In 2008 he won his first medal, a silver medal in the team jumping event.[4]

Clara Hughes is the inaugural and only Olympian of any country or gender, to win medals all Olympic Games: two Summer and four Winter medals.[5] Cindy Klassen and Charles Hamelin hold the record for most Winter medals won by a Canadian, with six apiece.[5] Penny Oleksiak is the most decorated Canadian athlete to ever compete at the Summer Games, winning 7 medals.

Catriona Le May Doan became the inaugural Canadian to defend their gold medal at the Olympics. She repeated her gold medal in the women's 500m long track speedskating event at the 2002 Salt Lake City Olympics from the 1998 Nagano Olympics.[6][7]

After captaining the women's ice hockey team to gold at the 2014 Winter Olympics, Caroline Ouellette became the first Winter Olympian of any country or gender to enter four or more career events and win gold in each.[10] Oullette had previously won gold in ice hockey in 2002, 2006, and 2010.

Jennifer Jones skipped the Canadian women's team at the 2014 Winter Olympics to a gold medal. She is the first ever female skip in Olympic history to be undefeated throughout the tournament. Jones, Kaitlyn Lawes, Jill Officer, Dawn McEwen and spare Kirsten Wall went unbeaten with an 11-0 record defeating China, Sweden (round-robin and finals), Great Britain (round-robin and semi-finals), Denmark, Switzerland, Japan, Russia, the United States, and Korea.[11][12]

During the 2016 Summer Olympics, swimmer Penny Oleksiak became the inaugural Canadian of either gender to win four medals at a single Summer Games and the distinction of the country's youngest Olympic multiple medalist at the age of 16: a gold in the 100 m freestyle, a silver in the 100 m butterfly, and two bronzes in the women's freestyle relays (4 × 100 m and 4 × 200 m).[13] She shares the distinction if being the co-inaugural Olympic medalist born in the 21st century when, in women's 4 × 100 m freestyle relay a few days earlier, won the bronze medal with teammate Taylor Ruck.[14]

Broadcaster Richard Garneau covered 23 Olympic Games, more than any other journalist in the world, starting with Rome in 1960 to London in 2012, missing only the Atlanta and Nagano Games. The International Olympic Committee awarded him posthumously the Pierre de Coubertin medal in recognition of his exceptional service to the Olympic movement.[15]

3+ medals at one Olympics