Johnson C. Smith University was established on April 7, 1867, as the Biddle Memorial Institute at a meeting of the Catawba Presbytery in the old Charlotte Presbyterian Church. Mary D. Biddle, a churchwoman, donated $1,400 to the school. In appreciation of this first contribution, friends requested that Mrs. Biddle name the newly established school; she did so in the name of her late husband, Captain Henry Jonathan Biddle, who had been mortally wounded during the Battle of Glendale in 1862. Samuel C. Alexander and Willis L. Miller saw the need for a school in the south, and after the birth of the school they were elected as some of the first teachers. Its corresponding women's school was Scotia Seminary (now Barber-Scotia College).[5]

In 1876, the charter was changed by the legislature of the State of North Carolina and the name became Biddle University, under which name the institution operated until 1923.

In 1891, Biddle University elected Daniel J. Sanders as the first African-American as president of a four-year institution in the south. 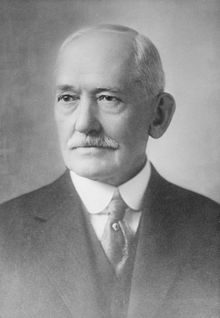 From 1921 to 1922, Jane Berry Smith donated funds to build a theological dormitory, a science hall, a teachers' cottage, and a memorial gate. She also provided an endowment for the institution in memory of her late husband, Johnson C. Smith. Up until her death, she donated funds for five more buildings and a campus church. In recognition of these generous benefactions, the Board of Trustees voted to change the name of the institution to Johnson C. Smith University. The charter of the school, accordingly, was amended on March 1, 1923, by the legislature of the State of North Carolina.

In 1924, James B. Duke established the Duke Endowment. While the largest share of that the endowment's earnings are allocated to support Duke University, Duke's donation required that 4% of its earnings be given to the university.[6] Over the years, this share of the Endowment's distributions has exceeded $90 million.

JCSU joined the United Negro College Fund in 1944 as a founding member. This fund was organized primarily to help church-related schools of higher learning to revamp their training programs, to expand their physical plants, to promote faculty growth and to create new areas of service.[7]

Biddle Memorial Hall is on the National Register of Historic Places.

Johnson C. Smith University offers 24 different degrees to undergraduate students and one to postgraduates. Each student earns his or her degree through one of three colleges: the College of Arts and Letters, the College of STEM (Science, Technology, Engineering and Mathematics), or the College of Professional Studies.

The Robert L. Albright Honors College is available to qualified high-achieving undergraduate students at JCSU.[10] The college is named after the 11th president of the university.

Metropolitan College offers undergraduate degree programs to adults to enhance their opportunities for career advancement and success. Metropolitan College provides students with flexible, convenient schedules and a variety of course styles including on-campus and online courses, as well as a Flex-Option for courses that include both online and in-class instruction. Evening courses at Metropolitan College are offered in criminology, social work, and business administration.

The university is organized into three colleges:[11]

The James B. Duke Memorial Library was built in 1967 in memory of James Buchanan Duke, a major benefactor to the university. Carnegie Library, the existing library at that time, was not large enough to meet the expanding academic programming and increasing enrollment. [9] In 1998, the library completed a $7 million yearlong modernization and reconstruction to allow the building to serve as an information hub in a digital age.[8]

The James B. Duke Memorial Library is also the home of a 8.5 by 20 feet (2.6 by 6.1 m). mural created painted by Philadelphia artist Paul F. Keene Jr. Keene that captures the history, growth, and development of the university. The vibrant mural illustrates the founding of the university by the Reverends S. L. Alexander and W. L. Miller on April 7, 1867, the original two students, the outstanding contributors to the school, historic buildings, and the first seven presidents of the university. The mural features a portrait of Jane Berry Smith who donated several buildings to the university in the early 1920s and for whom the Board of Trustees renamed the school from Biddle University. Also featured is James Buchanan Duke, a prominent North Carolina business man, who established an endowment in 1924 that included the university and the man for whom the Library is named. [9]

Due to its location near downtown Charlotte, North Carolina, there are many social and cultural activities for JCSU students and faculty to enjoy, including professional sporting events, theater/movies, concerts, art exhibits, bands, chorale, poetry readings, and dance, among others.

All of the National Pan-Hellenic Council organizations currently have chapters at Johnson C. Smith University. These organizations are (in order of establishment):