Wiley College is a private historically black college in Marshall, Texas. Founded in 1873 by the Methodist Episcopal Church's Bishop Isaac Wiley and certified in 1882 by the Freedman's Aid Society, it is one of the oldest predominantly black colleges west of the Mississippi River.[2][3]

Over a 15-year period, Melvin B. Tolson's debate teams lost only one of 75 debates. Wiley's debate team competed against historically black colleges and earned national attention with its 1935 debate against University of Southern California's highly ranked debate team.[5]

Wiley, along with Bishop College, was instrumental in the Civil Rights Movement in Texas. Wiley and Bishop students launched the first sit-ins in Texas in the rotunda of the Old Harrison County Courthouse to protest segregation in public facilities.

In 2007, Denzel Washington announced a donation of $1 million to Wiley so the team could be re-established.[10][11] The following year, The Great Debaters movie debuted, starring Washington; the college's debate team has taken this name, too.

On January 20, 2022, Wiley received an invitation to join the GCAC, along with Oakwood University (from the United States Collegiate Athletic Association (USCAA)) and the return of Southern University at New Orleans (SUNO), effective beginning in July 2022.[14] The GCAC is an athletic conference affiliated with the NAIA. 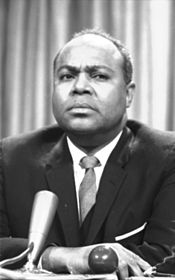