How high can a human throw something?

Home > Education  > How high can a human throw something? 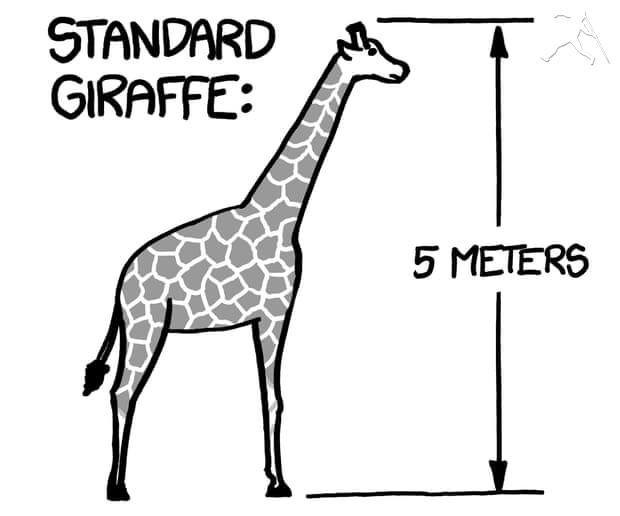 09 Sep How high can a human throw something?

Posted at 12:16h in Education, Olympics, Sports by admin

Question: How high can a human throw something? (From Irish Dave on the Isle of Man)

Answer: Humans are good at throwing things. In fact, we’re great at it; no other animal can throw stuff like we can. 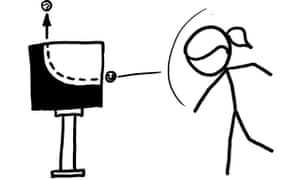 Device for maximizing height of throw … Illustration from What If?

It’s true that chimpanzees hurl feces (and, on rare occasions, stones), but they’re not nearly as accurate or precise as humans. Antlions throw sand, but they don’t aim it. Archerfish hunt insects by throwing water droplets, but they use specialized mouths instead of arms. Horned lizards shoot jets of blood from their eyes for distances of up to 5ft. I don’t know why they do this, because whenever I reach the phrase “shoot jets of blood from their eyes” in an article I just stop there and stare at it until I need to lie down.

So while there are other animals that use projectiles, we’re just about the only animal that can grab a random object and reliably nail a target. In fact, we’re so good at it that some researchers have suggested that rock-throwing played a central role in the evolution of the modern human brain.

Throwing is hard. In order to deliver a baseball to a batter, a pitcher has to release the ball at exactly the right point in the throw. A timing error of half a millisecond in either direction is enough to cause the ball to miss the strike zone.

To put that in perspective, it takes about five milliseconds for the fastest nerve impulse to travel the length of the arm. That means that when your arm is still rotating toward the correct position, the signal to release the ball is already at your wrist. In terms of timing, this is like a drummer dropping a drumstick from the 10th story and hitting a drum on the ground on the correct beat.

We seem to be much better at throwing things forward than throwing them upward. Since we’re going for maximum height, we could use projectiles that curve upward when you throw them forward; the Aerobie Orbiters I had when I was a kid often got stuck in the highest treetops. But we could also sidestep the whole problem by using a device like the one pictured above.

We could use a springboard, a greased chute, or even a dangling sling – anything that redirects the object upward without adding to or subtracting from its speed.

I ran through the basic aerodynamic calculations for a baseball thrown at various speeds. I will give these heights in units of giraffes:

The average person can probably throw a baseball at least three giraffes high:

Someone with a reasonably good arm could manage five.

A pitcher with an 80mph fastball could manage 10 giraffes. Aroldis Chapman, the holder of the world record for fastest recorded pitch (105mph), could in theory launch a baseball 14 giraffes high.

But what about projectiles other than baseballs? Obviously, with the aid of tools such as slings, crossbows, or the curved xistera scoops in the sport of jai alai, we can launch projectiles much faster than that. But for this question, let’s assume we stick to bare-handed throwing.

A baseball is probably not the ideal projectile, but it’s hard to find speed data on other kinds of thrown objects. Fortunately, a British javelin thrower named Roald Bradstock held a “random object throwing competition”, in which he threw everything from dead fish to an actual kitchen sink. Bradstock’s experience gives us a lot of useful data. In particular, it suggests a potentially superior projectile: a golf ball.

Few professional athletes have been recorded throwing golf balls. Fortunately, Bradstock has, and he claims a record throw of 170 yards. This involved a running start, but even so, it’s reason to think that a golf ball might work better than a baseball. From a physics standpoint, it makes sense; the limiting factor in baseball pitches is the torque on the elbow, and the lighter golf ball might allow the pitching arm to move slightly faster. The speed improvement from using a golf ball instead of a baseball would probably not be very large, but it seems plausible that a professional pitcher with some time to practice could throw a golf ball faster than a baseball.

If so, based on aerodynamic calculations, Aroldis Chapman could probably throw a golf ball about 16 giraffes high. This is probably about the maximum possible altitude for a thrown object.

• Extracted from What If?: Serious Scientific Answers to Absurd Hypothetical Questions, published by John Murray, £14.99. To order a copy for £11.99 with free UK p&p go to theguardian.com/bookshop