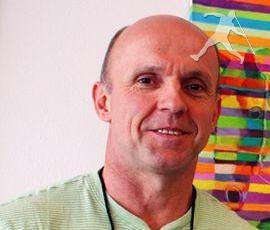 Posted at 12:10h in Education, My Blogs, Olympics by admin

Cheating, unfortunately, is another, albeit less savory, aspect of the sporting world.

But how can two such polar opposites come together to inspire us? It’s not possible, is it?

Well, you might be surprised but it is not only possible but it happens all the time.  We are just not aware of it when it is happening.  Sometimes it takes years, even decades until we find out the truth that our inspiration was based on deception and lies.

When we watch a magician we know we are going to be tricked and lied to. They perform something that cannot be real and yet they get us to believe it is. They do it out in the open were we can see, or think we can see. Really good magicians can execute flawless acts to create the perfect illusion using human psychology, sleight of hand and a host of other tricks and skills.

In sports we are not expecting to be tricked, duped and conned. We take things at face value as reality but sometimes it is not. It’s ironic that in this age of “reality” TV, what’s real is becoming harder and harder to distinguish. We want and need to believe that what we are actually witnessing in real time is not a carefully prepared, staged and choreographed illusion created to entertain and inspire us but is real.

Audiences watch sport with an expectation of realism, a concept that becomes lost when athletes dope and cheat ©Getty Images

What is unique about sports is the outcome is not known or guaranteed. We need to believe that what we see in sport is honest and not predetermined.

As I get older I am becoming more cynical about what I see and what I am told. The little voice in my head is getting louder and more vocal about what I might actually be witnessing.

As I get older I must also be getting more forgetful because it was only very recently I realized the extent of how many “Inspirational Cheats” there have been in my life and that have affected my life. Most of them I have never met or spoken to but they are still part of my life and life experiences. On my journey to become an Olympic athlete I looked to inspiring athletes and accomplishments to inspire and motivate me. Now as an Olympic artist I continue to look to the world of sports for inspiring subject matter for my art.

As I was cataloguing my work this past year I noticed there are a significant number of pieces in my collection on athletes that were later caught for taking drugs. These artworks are a reminder to me of the impact that these people had on me and many others before they were caught. These artworks document my interests, influences and inspirations throughout my life. These people inspired me at the time I created the pieces – that’s why I choose them as the subject matter. When I look at them, even now, I can remember how I felt and what I was thinking when I made them.

When athletes get “busted” they lose our adoration and respect, in addition to all their endorsements deals and lucrative speaking engagements. History is changed, the results and record books are rewritten and medals are returned. But the one thing that cannot be altered is the effect, the impact, those “Inspirational Cheats” had on our lives. We watched these people from the stands and from our living rooms and a few of us actually competed alongside them.  We witnessed their accomplishments unfold in real time, we reacted and rejoiced and we became inspired. That cannot be undone.Prior to being busted for doping, athletes, such as Ben Johnson, can be huge inspirations to the world, both sporting and non-sporting ©RoaldBradstock

These Inspirational cheats could have inspired us to take up a sport, to expect more of ourselves physically, emotionally in a sport or any number of life’s pursuits from the work place, to volunteering to a taking up a hobby. Who knows how many people could have been touched and how they were changed from their experiences.

What these athletes did was obviously wrong and for that they ultimately paid the price. But as the history books are rewritten our history and experiences cannot be undone. Gone are the cheers, adulation and respect for these athletes but maybe not the effect, the impact and possibly the long lasting changes to our lives.

Inspirational Cheats unfortunately will be permanent fixture in the sports world. That is not going to change. It is just part of the sporting landscape and human makeup. My only comment is that when these people get caught I wish they would just “fess” up and admit their guilt and short comings. Now while that would not fall into the category of being “inspiring” it sure would be a refreshing change.