4 Athletes Selected as Artists in Residence at the Olympics 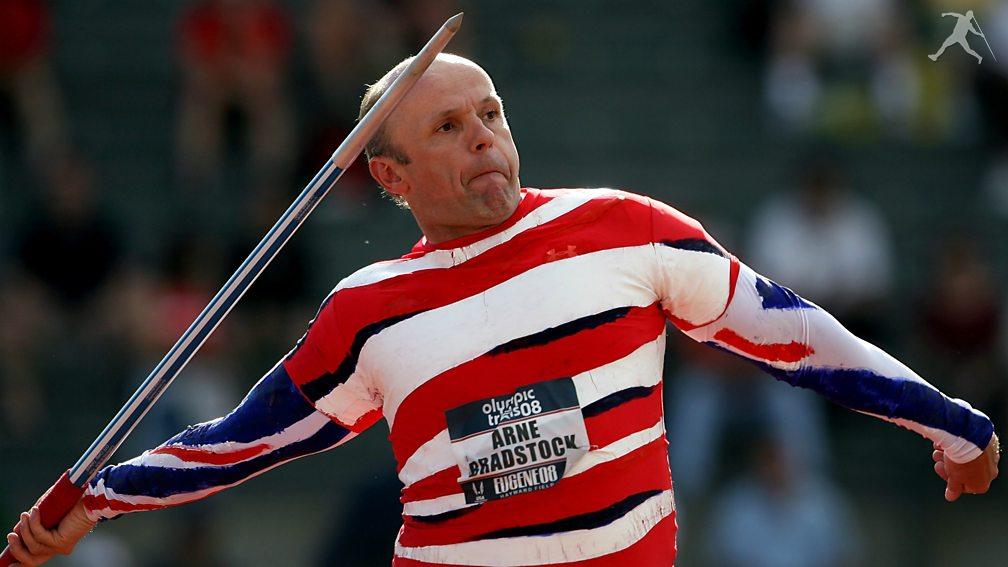 A group of Olympic athletes is attending the 2018 Winter Olympic Games, but they won’t be competing for medals.

Instead, they will travel to Pyeongchang, South Korea, as Olympic artists in residence, the International Olympic Committee announced today. 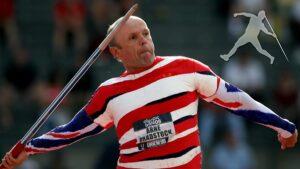 The four artists, who have competed in a combined seven Olympic Games, include the Greek-American distance runner Alexi Pappas, the British javelin thrower Roald Bradstock, the Swiss fencer Jean-Blaise Evéquoz and the American biathlete Lanny Barnes.

The modern Olympic Games, in their earliest decades, relied on creative competition. Between 1912 and 1948, the I.O.C. awarded gold, silver and bronze medals to artists in five categories: painting, sculpture, architecture, literature and music. The Irish author Oliver St. John Gogarty won a bronze medal in literature at the 1924 Paris Olympic Games. The architect of the Jefferson Memorial, John Russell Pope, won a silver at the 1932 Los Angeles Games. 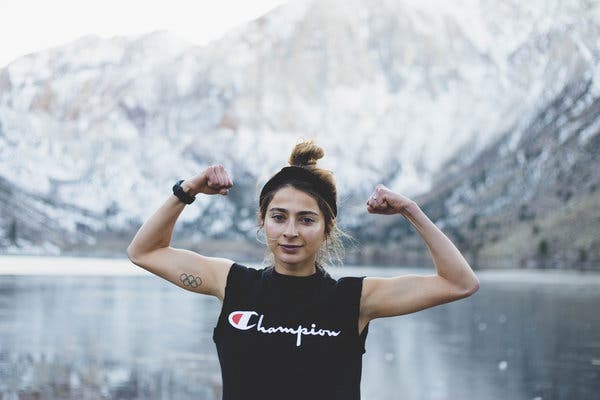 But ever since the elimination of those categories, the arts have not drummed up nearly as much excitement as the athletics.

In 2014, as part of a larger initiative called Agenda 2020, the I.O.C. created an artists-in-residence program to testify that arts have a rightful place at the Games. The committee brought in the French street artist JR, the American Vine star Gerald Andal and the German writer Tilman Spengler as their inaugural class.

The residency was deemed a success by the I.O.C. after JR’s public works made headlines around the world. He constructed monumental portraits of various athletes: a high jumper clearing a building in the Flamengo neighborhood, a swimmer with a 98-foot wingspan in Guanabara Bay and a diver in Barra de Tijuca.

Ahead of the 2018 Pyeongchang Games, Mr. Gabet looked for ways to bring competing athletes closer to the art.

“We wanted to build interaction between those Olympian-artists and those who are competing in Pyeongchang,” Mr. Gabet said. “So we said, ‘Let’s try and give the work to the Olympians.’”

Here, the selected athlete-artists offer a preview of their projects. 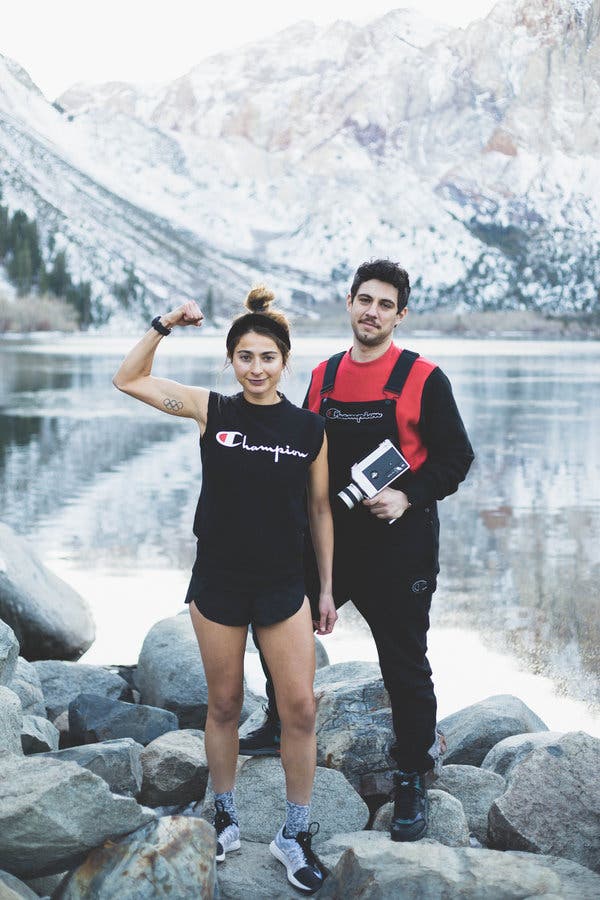 The athlete: Of the four participants, Ms. Pappas is the only one still working as a professional athlete. The 27-year-old distance runner raced for Greece in the 2016 Rio Olympics, setting a national record of 31:36.16 in the 10,000-meter run. She will continue her training while living in the Olympic Village.

The artist: Ms. Pappas is also a filmmaker who co-directed and co-wrote the 2016 film “Tracktown” with her creative partner and soon-to-be spouse, Jeremy Teicher. She was also the film’s star.

“It’s important to me as an athlete to tell a story that is cinematic and fictional but could have really happened and does reflect the true experience there,” Ms. Pappas said. “It feels like my background as an athlete and a filmmaker are coming together at this intersection.” 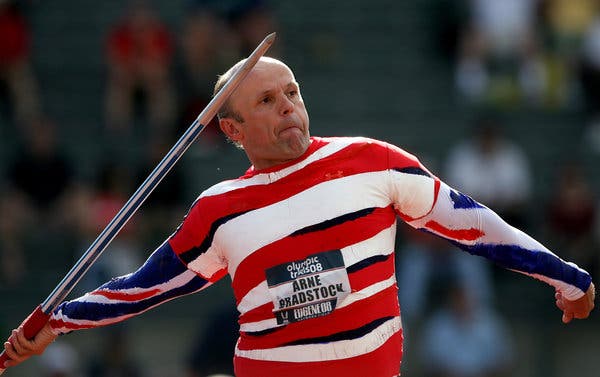 Roald Bradstock and his painting.CreditAudrey Bradstock 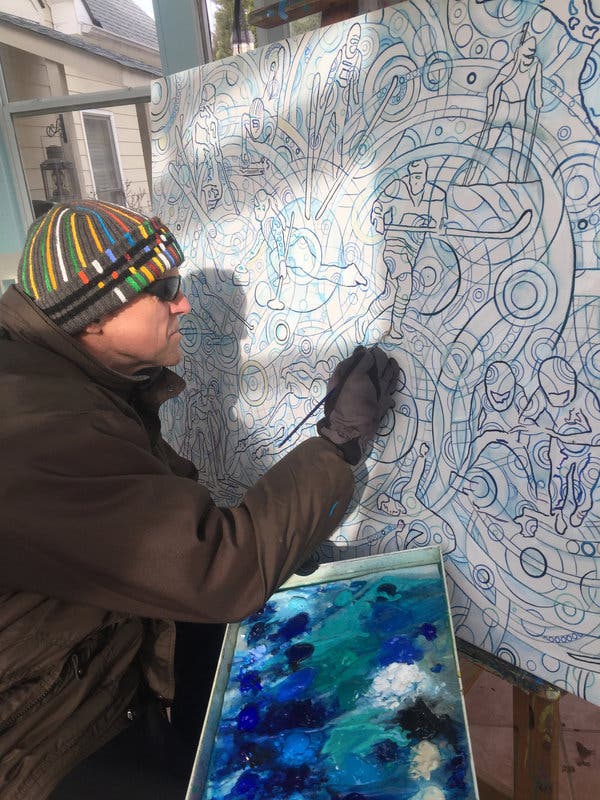 The artist: Mr. Bradstock is overseeing the creation of 16 paintings by competing Olympians over the course of 15 days.

The track and field athlete has long been known to turn athletics into performing arts. In 2008, he competed in three different hand-painted outfits during the Olympic Trials.

“There’s an art to throwing,” Mr. Bradstock said in a phone interview. “I’ve been asked if I consider myself an artist or an athlete, and I’d consider myself 50-50. I cannot separate the two, and I don’t want to.”

Each painting will be dedicated to one of the 15 Winter Olympic events. There will also be a 16th wild-card canvas. “We want to let the paint roll,” Mr. Bradstock said.

Every morning before sunrise, Mr. Bradstock will set up the day’s large blank canvas in the Olympic Village. Athletes will be provided painting supplies and will be given free rein.

Joining Mr. Bradstock in facilitating the project will be two more Olympians. 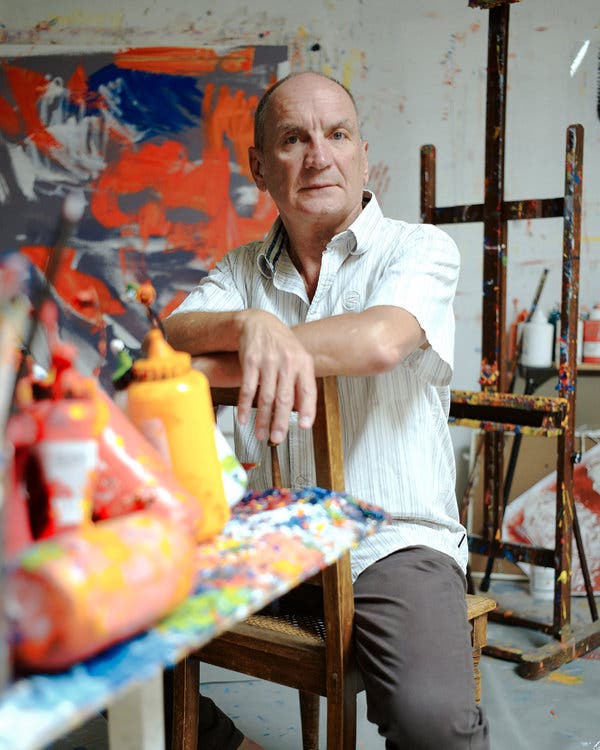 The athlete: Mr. Evéquoz is a Swiss fencer who won a bronze medal in the épée team event at the 1976 Montreal Olympics.

The artist: He is now a full-time professional painter, and along with Olympic athlete and artist Al Oerter, he helped start the Art of the Olympians program in 2006. Mr. Evéquoz will be joining Mr. Bradstock on the ground in Pyeongchang during the first week of the residency. 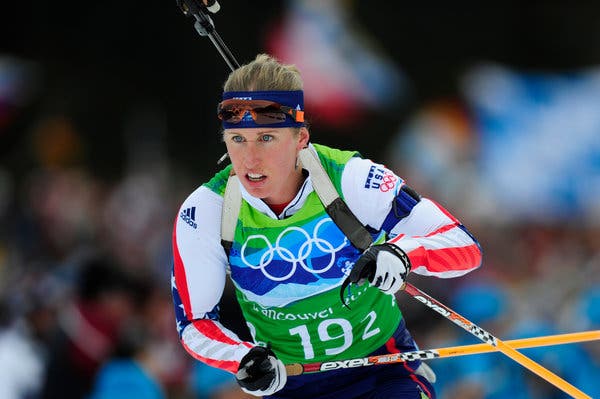 The athlete: The American biathlete will return to the Winter Olympic Games for the fourth time in a row. She competed for Team USA in 2006, 2010 and 2014. She made headlines in 2014 when her twin sister, Tracy, gave Lanny her Olympic spot. Lanny had been sick during the biathlon trials and was unable to compete. Tracy qualified, and gave Lanny her spot. Tracy was given the United Nations International Fair Play award.

The artist: Lanny became a professional artist in 2000, specializing in wildlife portraits created with charcoal.

Together, Mr. Bradstock, Mr. Evéquoz and Ms. Barnes will recruit athletes to paint and guide their process.

A version of this article appears in print on Feb. 6, 2018, on Page C5 of the New York edition with the headline: 4 Athletes Named Olympics’ Artists in Residence.
Original Article
Share
Print page
0 Likes