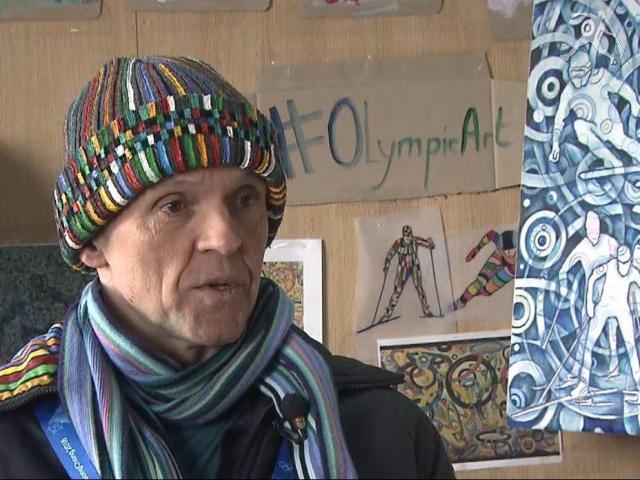 PYEONGCHANG, SOUTH KOREA — He is known around the world as the “Olympic Picasso” — a former Olympian whose two passions are sports and art.

During the 2018 winter games, Roald Bradstock is combining those talents in a historic way. 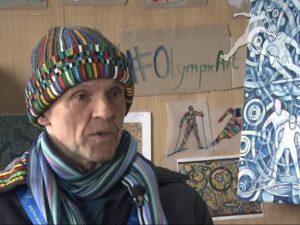 He said it’s not about finishing these paintings — it’s about taking part in creating them.

“Each of the paintings represent one of the sports,” Bradstock said. “There are going to be 15 paintings. It’s interesting what colors people use and the way they apply the brush.” 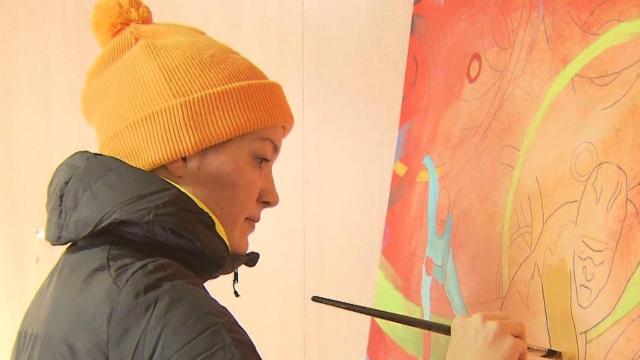 The International Olympic Committee invited Bradstock to head up its first ever Olympic Art project inside a small building in the Olympic village.

“It’s for Olympics, by Olympians working with Olympians,” Bradstock said. “The canvas is up there, we hand them the paintbrush and paint, knock yourself out, you can stay for a minute or an hour.”

No one signs the paintings — neither the artists nor the athletes as a sign of equality and unity.

“I think it’s awesome that we can create something together,” she said. “Actually, also I think the races are something you create together, I mean there’s no race without second one third one, last one.”

Each stroke of the brush strokes Bradstock’s passion for bringing art back to the Olympics.

“We don’t know what’s going to happen, but I don’t know either. As an athlete you push and you push, as an artist I do the same thing,” he said.

When the games are finished, Bradstock will connect the paintings together to hang in the Olympic Museum.

In Raleigh, his work is hanging in medical facilities — including the lab test company Any Lab Test Now, where Bradstock said he is able to use color to make people feel happy in an otherwise sterile medical setting.