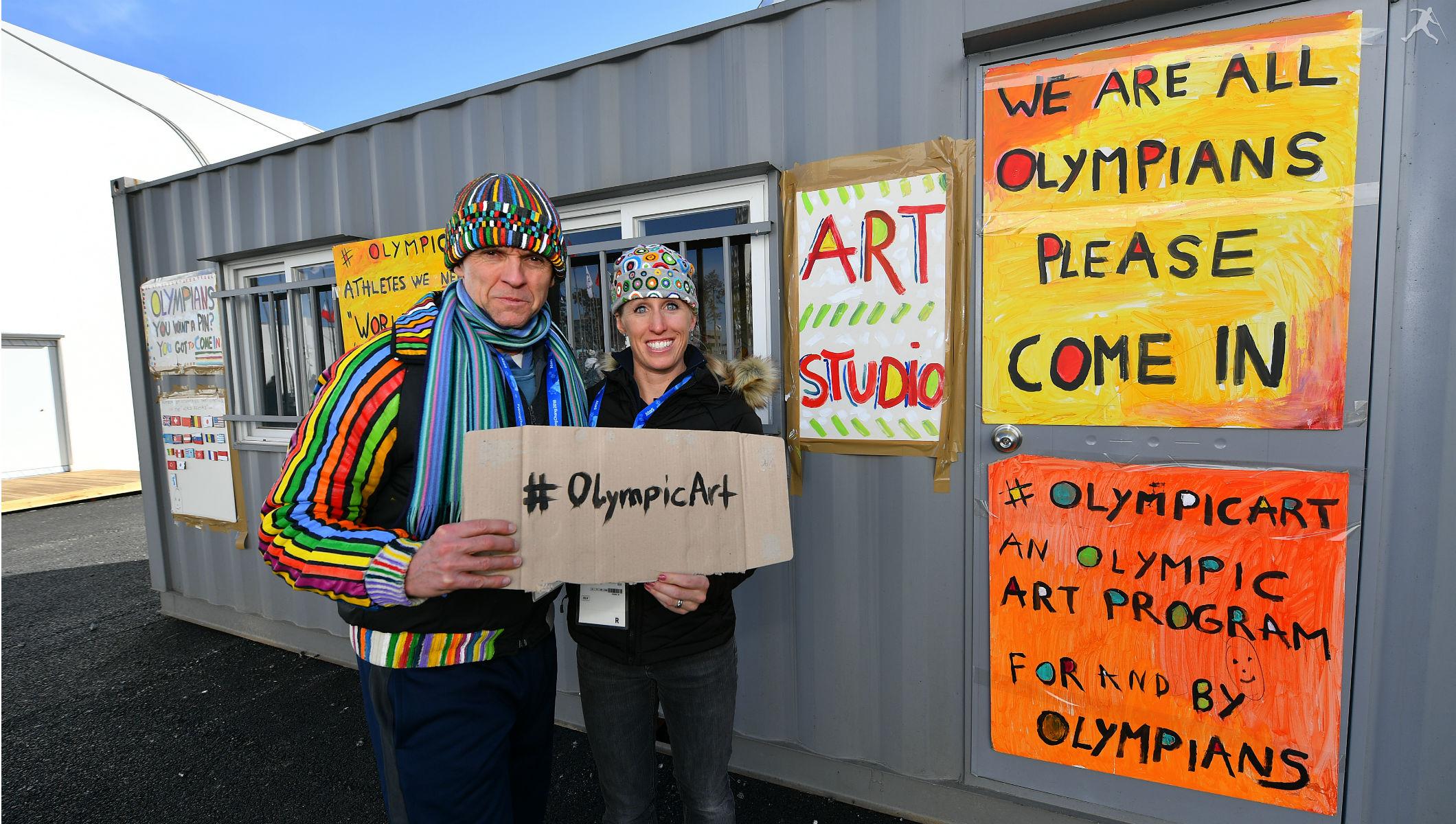 WHILE THE OLYMPIC WINTER GAMES SHOWCASE THE BEST OF WINTER ATHLETICISM, OLYMPISM ITSELF IS ABOUT BLENDING CULTURE AND SPORT, WHICH PYEONGCHANG 2018 HAS FULLY EMBRACED.

The PyeongChang Olympic Plaza provides the chance to not only see Winter Olympians receive their hard-won medals, but also enjoy a spectacular calendar of artistic and musical performances before and after the medal ceremonies.

En route to snapping selfies alongside both the Olympic cauldron and the rings, crowds pass by large-scale public art sculptures in the Plaza. Inmyeonjo, which is a mythical bird with a human face, has become a surprise attraction for visitors to photograph as it parades around three times a day.

“The Plaza is attracting large audiences,” said Myungwon Lee, a Project Manager on PyeongChang 2018’s Public Engagement Team. “People are having fun here, they are coming down from all over the country. The number of visitors tripled over Lunar New Year.”

The area also includes the Traditional Culture Pavilion, which showcases traditional Korean art and performances. The first floor of the Culture ICT Hall is a converged cultural space that features media art works by Nam-june Paik, as well as major modern art works from the National Museum of Modern and Contemporary Art.

But fans aren’t the only ones who can partake in an atmosphere of sport combined with culture. For the first time in Olympic history, Olympians who are also artists have been invited to the Games to be part of the Olympic Art project.

The first project is a series of short films d’auteur that will blend fiction and reality. They will be created by Alexi Pappas (a long-distance runner, poet and filmmaker) and partner Jeremy Teicher (a filmmaker and writer).

The second project is the creation by Olympic athletes competing in PyeongChang of 15 paintings representing the 15 disciplines on the winter programme. This initiative will be led by Roald Bradstock (Olympic javelin thrower and painter), Lanny Barnes (Olympic biathlete and professional artist) and Jean-Blaise Evequoz (bronze medallist in fencing and artist).

“Nobody signs the paintings,” Bradstock explained. “We are using colour and art, having fun and providing athletes with a platform to talk about their experiences. It shows that everyone is equal, we are embracing Coubertin’s philosophy that what is important is taking part and doing your best.”

When combined, the 15 paintings will become one painting, revealing the Olympic values that live at the heart of the Olympic Games. It will be created and displayed at the Gangneung Olympic Village.

“So many Olympians are artists in different ways, from poets, to musicians or painters. My biggest goal here is to encourage as many Olympians to express themselves through art as possible,” Barnes said.