Atlantan enhances art of the Games, trading athletics for paintbrush 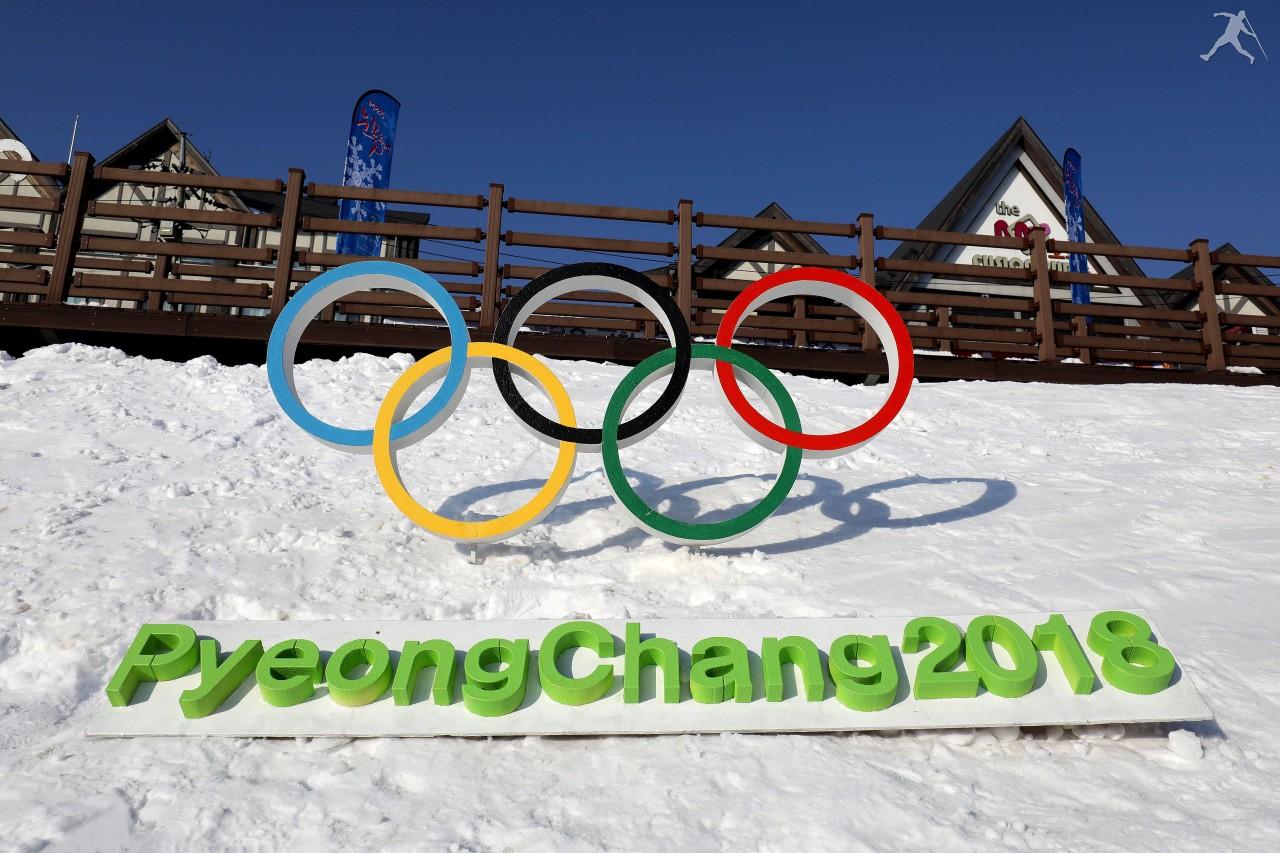 The Olympic athletes currently gathered in Pyeongchang, South Korea, have mastered many physical skills, but few of them are adept with acrylics.

Atlantan Roald Bradstock, an athlete and an artist, is an exception. He’s easy to spot in the Gangneung Olympic Village. First of all, he’s 55, and many of the athletes here are the ages of his youngest children. Also, he’s wearing his own artwork — hand-painted jackets, scarves and hats. 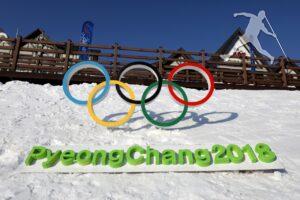 During these Games, Bradstock, a two-time Olympic javelin thrower, isn’t competing. Instead, he’s trying to coax his fellow athletes to try their hand with a brush and a canvas.

Canadian speed skaters (and husband and wife) Denny and Josie Morrison stopped by Roald Bradstock’s booth at the athletes village in Pyeongchang to contribute to the group paintings being created to commemorate the 2018 Winter Games.

In an IOC-sanctioned project to enhance the culture of the Games, Bradstock is coordinating an effort to create 15 collaborative canvases, each with contributions from the athletes of the 2018 Winter Games.

He’s had some challenges. Below-zero temperatures and 30 mph winds made painting alfresco in Pyeongchang all but intolerable. The committee created a free-standing booth in the middle of the athletes village, to get Bradstock out of the weather, but it is still quite chilly, even with a portable electric heater.

There is also the challenge of explaining what he’s up to, and convincing these intensely goal-oriented athletes to take a minute to add a few strokes to these canvases. (He’s discouraged from soliciting participants, but must wait for them to knock on the door of his metal booth. “It’s almost like a performance art piece.”)

Bradstock’s enthusiasm for the project is undimmed.

“We can’t fail, because we’re here,” he said recently by Skype, as laughing and chatting skaters and curlers walked past him. It was the middle of the night in South Korea, but the place was jumping. “We’ve already succeeded,” he said. “From this point on, it’s all gravy, or icing — choose your food group.”

For Bradstock, getting to Pyeongchang has been a long haul.

He grew up north of London, and was diagnosed with spina bifida as a child. His parents were advised not to let him compete in contact sports, so he took up swimming, weightlifting and javelin throwing.

When he wasn’t throwing things as a child, or getting in trouble for throwing things, he was drawing pictures and sculpting creatures out of Plasticine.

Bradstock made England’s Olympic team in 1984 and 1988, but an injury in the first and sickness in the second spoiled his hopes.

He has, however, set multiple records in national and international competitions since then. He set a world age record in 2012, when he was competing in his eighth Olympic Trials in Birmingham, England. At 50, he was the oldest medalist at the trials, and the oldest athlete in any event.

In 2006, he made friends with Al Oerter, four-time Olympic campion in the discus, and a painter of abstract canvases. (Oerter would actually slap his discus into pools of paint, splashing canvases to make action paintings.)

Bradstock was grabbing attention at the time by competing in his hand-painted sleeves, tights, socks and shoes.

That year, Oerter staged an Olympian Art exhibition in his hometown of Fort Myers, Fla., which showcased art from 14 Olympians, including Bradstock.

Oerter died the following year, and Bradstock became executive director of the Art of the Olympians, which was part of the Al Oerter Foundation.

The most recent goal of the group is to engage Olympians in creating art during the Games, to fulfill the credo of Olympic movement founder Pierre de Coubertin, who sought to blend sport with culture and education.

But Bradstock doesn’t want to stop there. “I want to expand to actors, musicians, poets. I want to find creative people out there who are Olympians.”

In the meantime, he’s having a blast. “He’s having just a fantastic time,” said his wife, Clarissa Bradstock. The two live in Marietta, with a blended family of four children, two of them still at home.

“It’s the culmination of something he’s worked on for years now,” she said. Clarissa Bradstock is CEO of Any Lab Test Now, an Atlanta-based chain of blood-testing laboratories, with 160 franchisees and $43 million in annual revenues. Her husband’s artwork adorns the walls of her offices.

Roald Bradstock moved to Atlanta shortly before the 1996 Games — he was an alternate on the U.S. team — and the two met online in 2006. “I loved Atlanta,” said the javelin thrower. “It was like a tropical England.”

Bradstock is clever at setting new world records, including records for throwing a fish, a cellphone and even a record for throwing a record. He threw a vinyl record 112.10 meters.

This new record is closer to his heart. “We’re going to create a world record, the most Olympians ever to participate in a painting.”