THE “OLYMPIC ART PROJECT”: AN INVITATION TO RELIVE THE OLYMPIC WINTER GAMES PYEONGCHANG 2018 FROM AN EXCITING AND CREATIVE PERSPECTIVE

Home > 2018 PyeongChang Winter Olympics  > THE “OLYMPIC ART PROJECT”: AN INVITATION TO RELIVE THE OLYMPIC WINTER GAMES PYEONGCHANG 2018 FROM AN EXCITING AND CREATIVE PERSPECTIVE 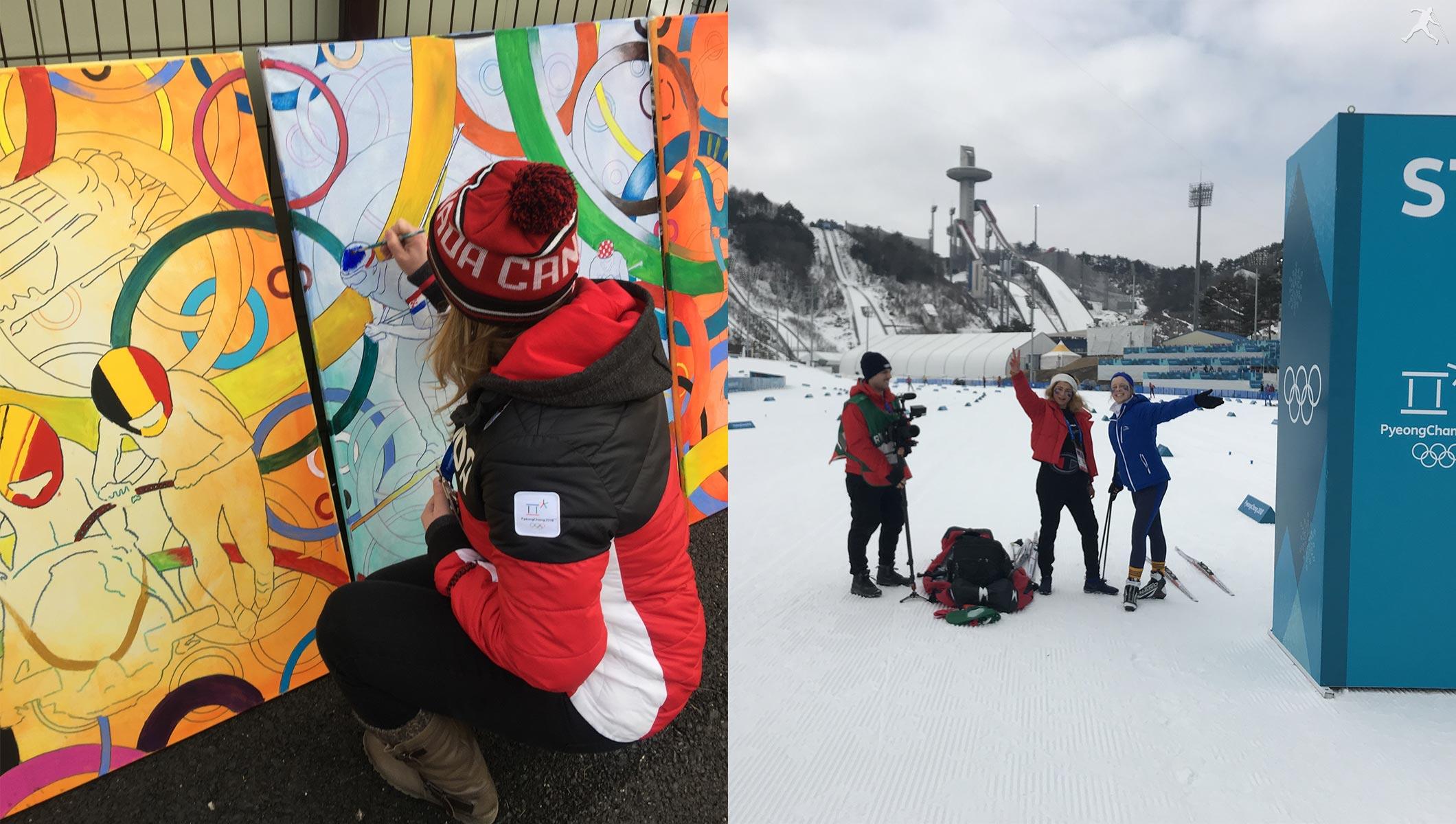 28 Mar THE “OLYMPIC ART PROJECT”: AN INVITATION TO RELIVE THE OLYMPIC WINTER GAMES PYEONGCHANG 2018 FROM AN EXCITING AND CREATIVE PERSPECTIVE

FOR THE FIRST TIME IN OLYMPIC HISTORY, OLYMPIANS WHO ARE ALSO ARTISTS WERE INVITED TO THE OLYMPIC WINTER GAMES PYEONGCHANG 2018 TO BE PART OF THE OLYMPIC ART PROJECT, AN INITIATIVE OF THE INTERNATIONAL OLYMPIC COMMITTEE (IOC). OLYMPIANS USED THEIR TALENTS TO SHARE A DIFFERENT VIEW ON THE GAMES THROUGH THE FILM OLYMPIC DREAMS AND A ONE-OF-A-KIND PAINTING. 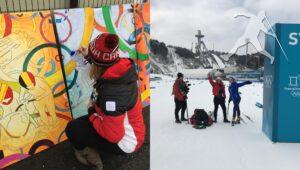 The film Olympic Dreams is a poetic exploration of the Olympic values through narrative film, blending fiction with reality to open a unique window into the Games that has never been seen before. Starring Rio 2016 Olympian Alexi Pappas, American actor Nick Kroll and athletes who participated in the PyeongChang Games, and directed by Jeremy Teicher, this fictional storyline revolves around a young cross-country skier, Penelope (played by Alexi), and a volunteer in the Olympic Village, Ezra (played by Nick), who cross paths and form an unlikely relationship.

Shot in only two weeks, Olympic Dreams is one of the only films to feature Olympic athletes in competition. From gold medallists to the first-ever skeleton athlete from Jamaica and one of the youngest medallists of the Games, Olympians show in this series of five episodes what it feels like to chase an Olympic dream. Alexi Pappas said: “This project was made possible by the incredible Olympians who took part.”

“Olympic Dreams is about all athletes, especially those who don’t win medals, and all the people who make the Games happen, including the volunteers,” said Jeremy Teicher.

The other art initiative of the “Olympic Art Project” was organised by Olympians for Olympians, created with athletes competing in PyeongChang and shown in the Gangneung Olympic Village during the Olympic Winter Games 2018. Olympic athletes using a brush and paint collectively produced 15 paintings, at the rate of one per day, each individual painting representing one of the 15 Olympic winter disciplines. When combined, the paintings became one painting revealing the Olympic values which are at the heart of this initiative.

This workshop was led by three Olympians from past Games: Roald Bradstock (GBR), Lanny Barnes (USA) and Jean-Blaise Evequoz (SUI). Over the course of the PyeongChang Games, they welcomed 111 Olympians from 39 countries who left their marks on a unique painting. “It was a continuous flow of incredible moments for 17 days, seeing all the athletes laughing and having fun painting during one of if not THE most stressful times of their young lives,” explained Roald Bradstock.

He continued: “But there was one moment that stood out from all the rest: One day, one man came into the studio. He looked at all the canvases and the athletes painting and said ‘Ah….Olympic values!’ Lanny and l looked at each other and both smiled – if that doesn’t say it all…”

To discover the paintings and the making of them, visit https://www.olympic.org/olympic-art-project/art-at-the-village

The Olympic Art project is an initiative that was set up in the framework of Olympic Agenda 2020, the strategic roadmap for the future of the Olympic Movement, which aims to “further strengthen the blending of sport and culture at the Olympic Games and in-between”.

The artists celebrated the spirit of Olympism through art with a wider audience via the hashtag #OlympicArt.

To find out more about the programme, visit: https://www.olympic.org/olympic-art-project.