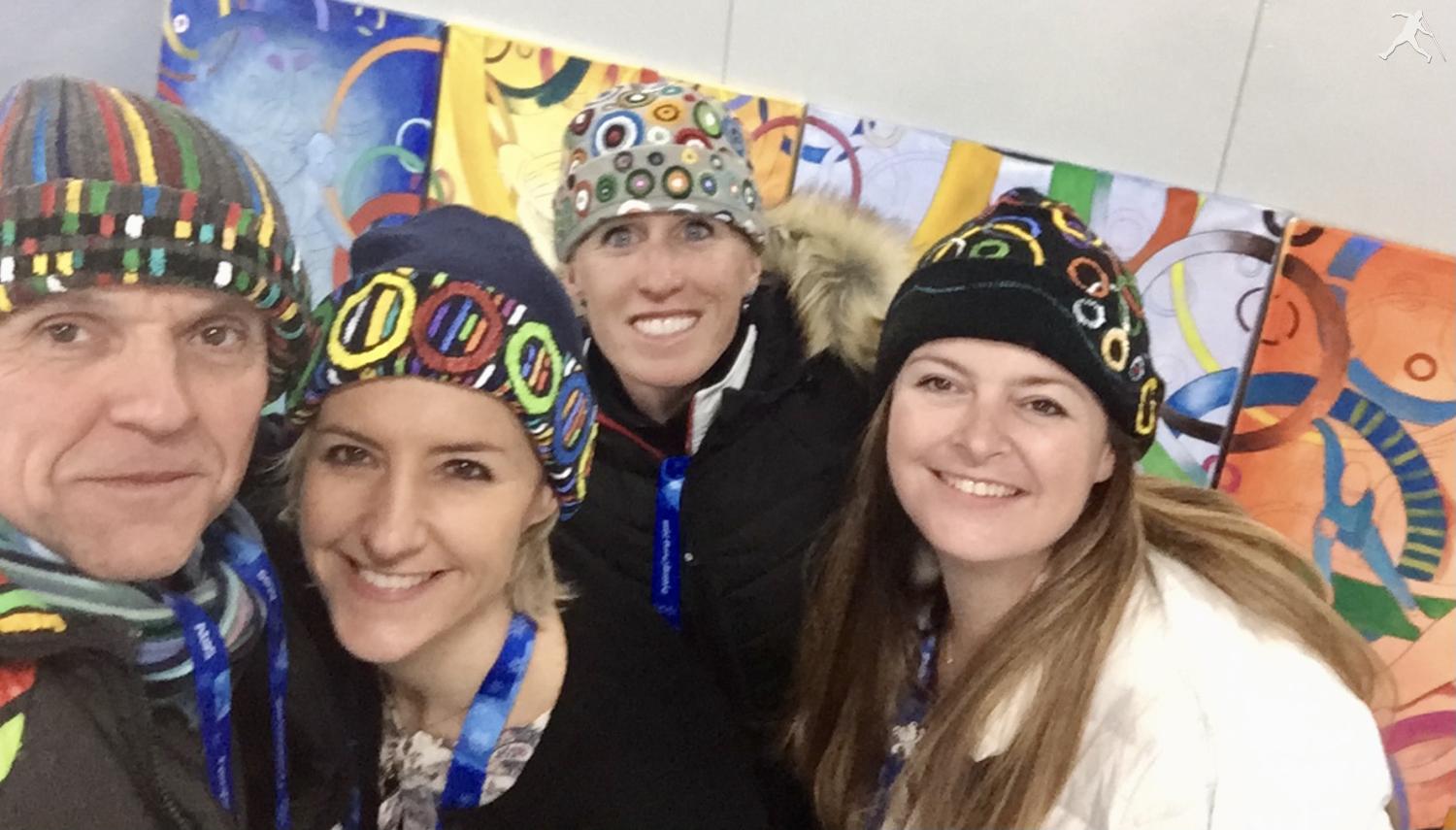 Posted at 03:46h in 2018 PyeongChang Winter Olympics, Art, My Blogs, Olympics by admin

Behind the curtains of the art studio

Roald Bradstock, Lanny Barnes and Jean Blaise Evequoz, the three Olympian artists involved in this initiative spent 2 weeks inside the art studio. Today, they remember funny, sweet and touching pieces of life live from the art workshop. Discover some if their precious moments:

“As the Olympics went on, It became a place to spend a few minutes doing something different and being part of something bigger…” Roald Bradstock

“One day two female Japanese teammates came in to paint. One had tears in her eyes because she had just finished her event and had a bad performance, by the time they were done painting they were laughing and hugging. As an athlete, moments like these are so priceless” said Lanny Barnes.

“One day a man came into the studio and looked at all the paintings and said “Wow, Olympic Values”. So many people understood that from the athletes to the coaches” Lanny Barnes

“An athlete from Russia came by and asked to borrow a paint brush and some paint so she could paint a large sign in her room. She was to afraid or shy to paint in the box so l gave her some supplies expecting to never see her again. A few days later she returned the brush and paint and thanked me. I asked her again if she wanted to paint for a little bit. She shook her head again but did not leave. A few minutes later she picked up a brush and began painting – for 30 minutes!” Roald Bradstock

“lt was so much fun seeing, individuals, couples and groups from so many different countries and sport coming in to paint – putting their little touch onto a canvas using a dab of coloured paint.” Lanny Barnes

“All the athletes who took part in our project expressed their enthusiasm and said how much they enjoyed themselves. It’s really encouraging for the future.” Jean Blaise Evequoz