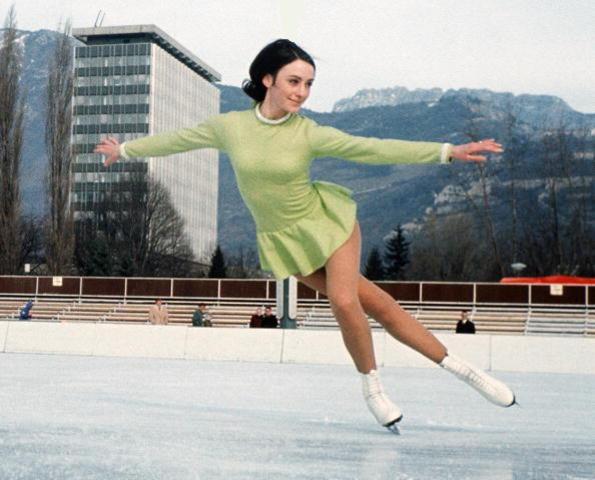 permanent location in Fort Myers and worked in partnership with the United States Olympic Committee, which ultimately lead to an agreement for Art of the Olympians to display the U.S. Olympic rings at the facility.

His untimely death in 2007 would mean that Oerter, a four-time Olympic champion in the discus throw, would not see his dream come true … but it did.

Friday, Oct. 29 at 5:30 p.m. at Harborside Event Center in Fort Myers, Main Sail Video Productions with Art of the Olympians is hosting an Evening with Peggy Fleming in honor of the world premiere of the documentary, “Art of the Olympians.” The 30-minute film, by Emmy Award winning Photographer/Director Ilene Safron, documents the dreams of Oerter in his mission of uniting the sports and art world to uphold the virtues of excellence above winning.

“The Olympic champions portrayed in the film represent the best of the best who had the choice of living an honorable life or giving into the temptations offered to them,” says Safron. “It’s imperative that we share this story to recognize sports legends, that kids can look up to.” On hand to introduce the documentary will be Peggy Fleming, the 1968 Olympic gold medal figure skater and artist. Norman Bellingham, Chief Operating Officer of the U.S. Olympic Committee, will also attend the evening’s premiere showing.

“Al would have been so proud to watch all his efforts come to fruition,” says Hall. “We are honored to be the home of the Art of the Olympians Museum and Gallery, one of the few buildings in the world allowed to display the Olympic rings.”

Ticket prices are $20 for adults and $10 for students with ID, and include one free admission to the AOTO Museum and Gallery. All proceeds from the evening will benefit AOTO programming. Tickets may be purchased at AOTO at 1300 Hendry Street in Fort Myers or by calling 239-332-5055, and at Harborside Event Center located at 1375 Monroe Street in the Fort Myers River District or by calling 239-321-8111.

The Olympic Games from their inception have been a celebration of human capability. Art of the Olympians, a not for profit organization, emphasizes the importance of the ancient Olympic ideals of excellence in mind, body, and spirit through the fusion of art and sports. Through historic, artistic and educational exhibits, Art of the Olympians connects individuals to the passion, discipline and innovation of the Olympic world to encourage others to excel at their dreams. The Olympian Artists have the ability to express this because of their many years of well directed training for sport and the transfer of this discipline to their art. For more information, visit www.artoftheolympians.org.